Here's what we've been up to in math! I love teaching patterns. Even if it's not in the Common Core, it's still an important concept to teach...and lots of fun! 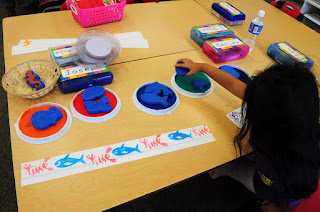 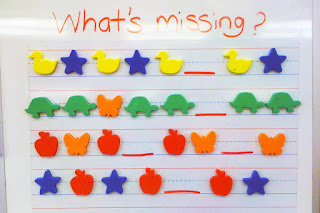 Body Patterns
We made patterns using different body positions and movements, and by lining ourselves up to make boy/girl and color patterns. We also practice while lining up, sitting on the carpet, etc.

Sound Patterns
We made patterns with sounds such as snapping, clapping, and stomping. Each student also got the chance to make a pattern using musical instruments.

Beep Beep Vroom Vroom!
As I'm sure you know, I love integrating literature and math, and this story is perfect for teaching patterns! While reading, I encouraged the students to notice and read the patterns in the story. After, I modeled patterns using the colored cars from the Lakeshore set (unfortunately it's discontinued). I invited students to come up and extend the car patterns. Then I modeled patterns on the ELMO with the cars while students copied and extended them with cubes.

Pattern Booklets
Students made their own pattern booklets with various die cuts. They loved this one! Click here to get my Pattern Booklets. I also included a booklet for dot art patterns and a blank template.

Pattern Stamping
My grade level ordered some of these huge sea animal stamps and I had the kids use them to stamp patterns on sentence strips (an idea I got from my teammate, Winnie)!

Pattern Necklaces
We made pattern necklaces with colored pasta and yarn. I dyed the pasta with rubbing alcohol and food coloring. I placed a small piece of tape around one end of the yarn to make stringing easier (candle wax also works well).

Pattern Problem Solving
I made patterns with shape magnets and the children had to fill in the missing parts. Then the kids played a partner game where they took turns being "pattern builder" and "guesser." The guesser closed his eyes while the other partner made a pattern and then took away a piece. Then the guesser had to guess what was missing and fix the pattern.

Pattern Stations
We have not yet officially started our math centers, but these are some tubs I introduced these past couple of weeks. I introduced them in whole group and then I gave each table 1-2 tubs at a time to practice with. We will start our math stations next week, which will include some of these activities. 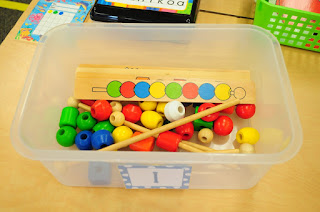 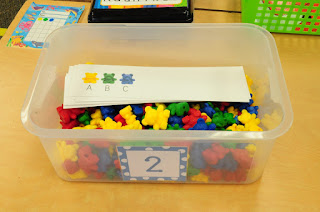 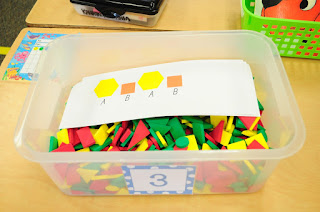 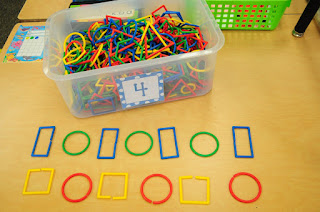 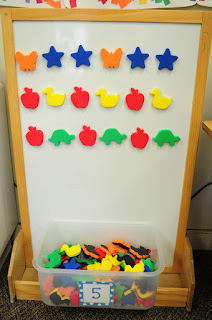 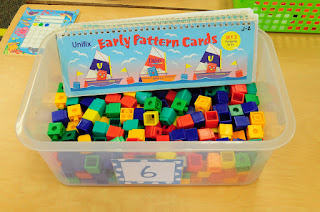 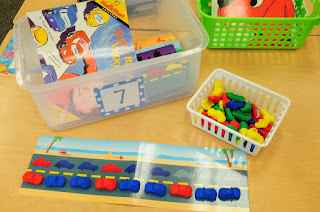 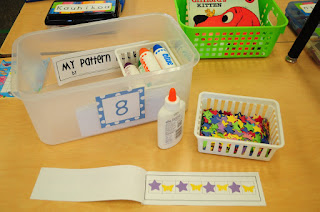 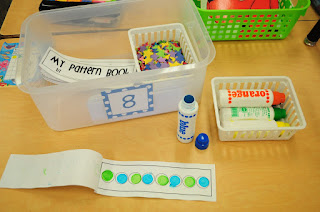 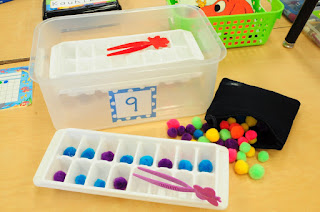