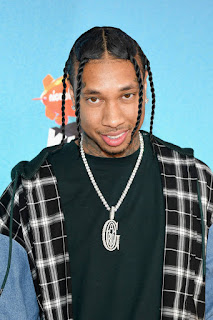 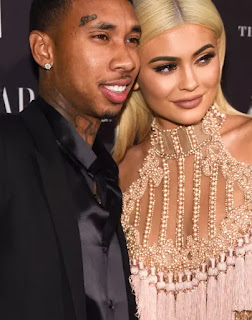 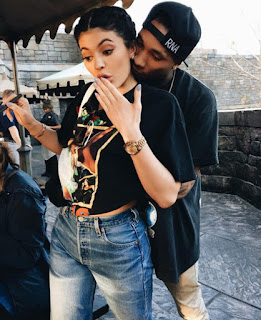 Rapper Tyga is owning up to undergoing treatment for hair loss by promoting his doctor online after he was dragged into a Twitter dispute between Nicki Minaj and her ex.


The Rack City hitmaker, 28, found himself mentioned in Nicki's online rant on Tuesday (14Aug18), when she slammed her former boyfriend Safaree Samuels for allegedly making up claims that she once stabbed him with a knife, and accused him of stealing money from her.


She also revealed she had paid $10,000 (£7,900) for Safaree to undergo failed treatment to restore his receding hairline, and claimed he used the same specialist as Tyga - the ex-fiance of her good friend Blac Chyna. 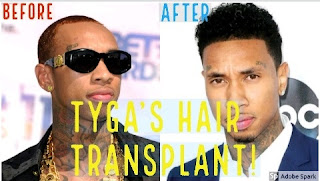 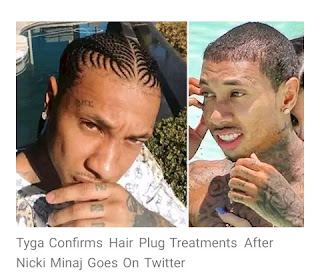 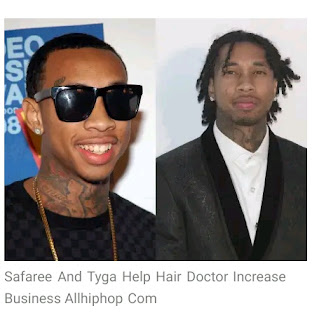 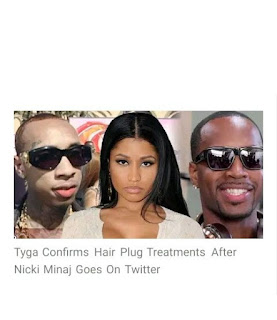 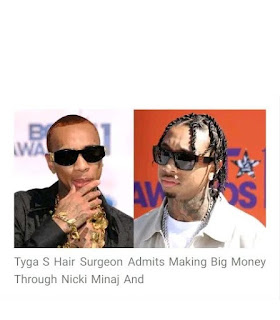 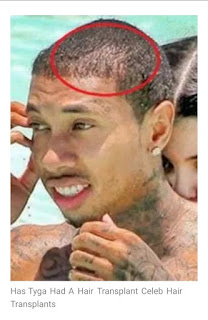